“EMF may be the most significant form of pollution human activity has produced in this century, all the more dangerous because it is invisible and insensible”. 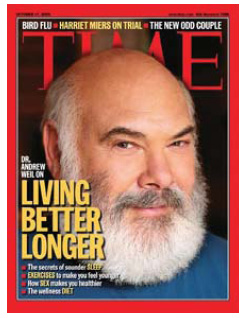 “There is overwhelming evidence suggesting that the electromagnetic fields emitted from all wireless or electronic devices have very significant biological consequences that are detrimental to our health. However, most of us are unaware of the gradually escalating health effects of EMFs. Invisible EMF radiation flies “under the radar” of our bodies early warning symptoms-the physical senses that alert us to environmental health risks. We can`t see, feel or hear the thousands of emf frequencies that are continuously bombarding every cell in our body.”
“Electropollution may be the most significant form of pollution human activity has produced this century all the more dangerous because it is invisible and insensible.”

• “Electromagnetic fields and radiation damage DNA and enhance cell death rates and therefore they are a ubiquitous universal genotoxic carcinogen that enhances the rates of cancer, cardiac, reproductive and neurological diseases and mortality in human populations. Therefore, there is no safe threshold level. The only safe exposure level is zero, a position confirmed by dose-response trends in epidemiological studies.”

• Dr. Leif Salford and his group of Swedish researchers found that cell phone radiation cause, at any levels, significant blood brain barrier leakage. The blood brain barrier is a structure whose function is to protect the sensitive neurological tissues of the brain. Salford also found that there is “Direct evidence that radio-frequency EMFs cause neuronal damage in the cortex, the hippocampus and the basal ganglia in the brain” These areas have a definite effect on memory function. This is consistent with the results of other researchers who have found significant alteration or disruption of electrical activity and/or blood flow in the brain caused by the electromagnetic fields from cellular phones.

• Dr. Henry Lai of University of Seattle, Washington reported that his research has consistently concluded that microwaves (emitted from cell phones) change the normal function of the brain and the secretion of critical brain substances.As a result, learning and short term memory are impaired.

• Scientific studies conducted by Dr. Sobel (UCLA) in Finland and Los Angeles have concluded, reporting a consistent and significant increase in the risk of Alzheimers in occupationally exposed individuals (television repairmen, seamstresses,etc.).

• There are 30,000 to 50,000 new cases of brain and eye cancers each year worldwide attributed to the use of cell phones. Wireless Technology Research

• In 1997, Dr. Maria Feychting of Karolinska Institute, Stockholm, Sweden reported that women under the age of 50, exposed to EMFS above 2mG (average radiation fields) have an 80% increased incidence of breast cancer.

• “Dozens of medical research studies have concluded that the microwave frequencies entering into the heads of cell phone users are enough to cause neurological damage that can produce fatigue, dizziness and loss of concentration. One study indicated that a 20 minute cell phone call could disrupt and degrade cognitive functioning in a human brain for up to 3 hours after the call.”