MRET AND ERT RESEARCH AND VALIDATION

Our Products Are Powered By Two Highly Researched and Scientifically Proven Dual-Action Technologies! 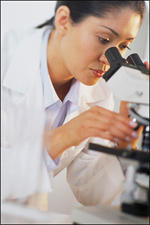 The only patented noise field technology available on the market!

The US Patent no. 6369399 “Electromagnetic Radiation Shielding Material and Device” was issued to Dr. Smirnov in 2002. Since then, the technology has been recognized world wide.

MRET is a patented noise field technology. Noise field technology is a unique scientific innovation and is used exclusively in our chips. Powered by a high-tech polymer and once activated by radiation, the chip emits a low frequency noise field that superimposes itself over the harmful high frequency microwave radiation. This process has been validated in leading medical centers, universities and laboratories around the world to help neutralize the potentially hazardous effects of harmful radiation!

ERT is a proprietary subtle energy technology. Our ERT programmed products emit a subtle energy field that has been scientifically proven to help guard against the adverse effects of harmful radiation on the human body. ERT has been substantiated by independent scientific researchers and peer reviewed studies.

Scientific research studies from around the world have been conducted, concluding that cell phones have the potential to emit harmful radiation. The exposure to harmful radiation can lead to adverse health effects in humans. One such potential hazard is the creation of heat by the radiation frequencies emitted by cell phones. Laboratory experiments have demonstrated that this potentially hazardous heat can transfer to a cell phone user`s head, heating the human tissue in the area of the head where the phone is pressed against.

Scientific research experts and authorities caution us that this thermal heating effect is only one example of the many potentially hazardous effects of harmful radiation exposure.

Clinical thermography is a non invasive, diagnostic imaging procedure involving the detection and recording of a patient’s skin surface thermal patterns using instruments which can provide visual and quantitative documentation of these temperature measurements. The interpretation of these temperatures and thermal patterns can be important in the development of diagnostic impression.

The testing Protocol followed the IACT, International Academy of Clinical Thermology, technique and guidelines. The digital infrared imaging was performed with the Flexi-Therm Mark V Telethermographic System. The thermal window used was 10 degrees Celcius with each color on the color bar representing 1 degree Celcius. The ambient room temperature remained at 20 degrees Celcius throughout the test. A 15 minute equilibration period was used. The purpose of the testing was to determine if there is a change in infrared emission of the body part near a cellular phone with and without our proprietary technology applied.

Scientific experiments demonstrate;  Your head and brain can heat up significantly when you talk on your cell phone or cordless phone.  After 15 minutes of using a cell phone with exposure to cell phone radiation, the orange, red and pink demonstrate potentially dangerous heat.

After 15 minutes of using a cell phone with our proprietary technology applied, the green and blue color show cool tissue; a distinct lessening of the potentially hazardous heat transfer to a cell phone user’s head can be observed.

The measurement of electrical activity of the brain when exposed to cell phone radiation at SA Biomedical Instrumentation Co, San Diego, USA.

The EEG testing was conducted on the human subject introduced to the influence of
cellular phone radiation without MRET Shield and with MRET Shield installed on the phone.

Each test was run for 3 minutes and four channels were tested in all experiments. The
cellular phone was located in standard operating position at the right side of the head.

The Live Blood Cell Analysis was conducted at Quantum Biotech Ltd., Singapore. Drops of blood samples were taken from the fingertip of the subject before and after his introduction to EMR (radiation) of the cell phone during 5 minutes with and without the installation of the MRET Shield. The blood samples were observed under the microscope.

The biological experiment was conducted at Global Quantech, Inc., San Diego, USA on plant seeds, beans, and yeast microorganisms to verify the efficacy of the MRET Shield.  Samples of plant seeds, beans, and yeast microorganisms were located in the close proximity to cellular phones. The cellular phones were operating in stand by mode during this experiment. In other words, the experiment provided effects of the “near field” exposure.

The significant difference was observed in the growth cycle of green beans, black beans and black seeds on the twelfth day. There was no significant difference observed in the samples of fennel seeds which did not spread out and in the growth of the yeast microorganisms. Based on the results with green beans, black beans and black seeds, it is reasonable to conclude that the installation of the MRET Shield on the cell phone can help to protect living cells against harmful, suppressive effects of cellular phone radiation.

Stress can be observed within minutes of using the phone

This scientific study reports; As the above graph illustrates, when being exposed to radiation emitted by a cell phone that does not have our proprietary technology applied, the body’s energy level is pushed into unhealthy ranges and a significant stress response can be observed within minutes of starting to use the phone. It takes the body approximately 30 minutes to recover from the harmful effects of being exposed to cell phone radiation for only 5 minutes.

“Under the influence of the cell phone chip technology, these pathological shifts of energy levels could not be observed. In fact, with the predominant number of participants whose energy levels had previously been pushed into unhealthy ranges by cell phones without the cell phone chip technology, a leveling back to the standard and healthy range (around 40 SE) could be recognized so that of a positive effect in the therapeutic sense can be spoken”.

MRET AND ERT RESEARCH AND VALIDATION

MRET, Molecular Resonance Effect Technology and ERT, Energy Resonance Technology, have been researched and validated in leading medical centers, universities and laboratories around the world.

A PARTIAL LIST OF OUR INDEPENDENT SCIENTIFIC RESEARCH REPORTS;

The Role of Coherence Time in the Effect of Microwaves on Ornithine Decarboxylase Activity.

Effectiveness of Noise in Blocking Electromagnetic Effects on Enzyme Activity in the Chick Embryo.

Interaction of Microwaves and a Temporally Incoherent Magnetic Field on Spatial Learning in the Rat.

The Clustering of Growth Factor and Cytokine Factor Response Receptors was Induced by 50 Hz Magnetic Field and Blocked by Noise Magnetic Field.

MRET was granted the United States patent no. 6369399 B1 “Electromagnetic Radiation Shielding Material and Device” in April 2002 by the United States Patent and Trademark Office. Since then, the technology has been recognized world wide.

MRET, Molecular Resonance Effect Technology and ERT, Energy Resonance Technology, have been researched and validated in leading medical centers, universities and laboratories around the world.

• Thermographic Evaluation of the MRET-Shield Polymer on the Reduction of Thermal Effects Caused by Radio Frequency Radiation; Explore Magazine, Vol.18, No.1: 14-17, USA

• The Beneficial Effect of MRET-Shield on Blood Morphology in vitro Following the Exposure to Electromagnetic Radiation of Cell Phone; Explore Magazine, Vol.17, No.4, USA

• Comparative Study of the Effect of Microwave Radiation Neutralizers on Physiological State of Human Subjects; Explore Magazine, Vol.14, No.5: 29-44, USA

“The MRET Shield Device Counts Amongst The Major Scientific Breakthroughs Of The Century.”